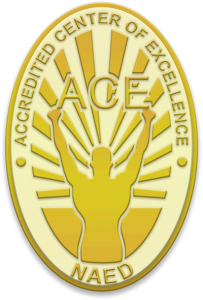 The International Academies of Emergency Dispatch (IAED) is pleased to formally award Re-Accreditation as an Emergency Medical Dispatch Center of Excellence to Richmond Ambulance Authority – Richmond Ambulance Authority was the 66th center in the world to be awarded this highest distinction for their comprehensive implementation and compliance with the Medical Priority Dispatch System (MPDS) and associated “20 Points of Excellence”.

The MPDS is the world’s most widely-used 911-type pre-arrival instruction and dispatch-life-support protocol system. With scripted telephone instructions fro CPR, airway obstruction relief, hemorrhage control, and childbirth assistance, the MPDS has been credited with helping save thousands of lives. In addition to requiring proper system oversight, medical control and quality improvement programs, Re-Accreditation demands careful MPDS compliance and certification for all emergency call-takers and medical dispatchers.

Earning this Re-Accreditation award is voluntary and involves completing a detailed self-study and analysis. This accomplishment demonstrates that not only each individual within the communications center, but also to the administration, the community, and the world, that Richmond Ambulance Authority is compliant with all international practices standards for Emergency Medical Dispatch (EMD).

With headquarters in Salt Lake City, Utah, the International Academies of Emergency Dispatch is a 501(c)(3) non-profit organization comprised of three allied Academies with related programs and standards for emergency Medial, Fire, and Police dispatching. The IAED regularly reviews and updated the Medical Priority Dispatch System (MPDS) protocols for EMD and also maintains protocols and certification standards for Fire and Police Dispatch based on the time-proven MPDS logic structure. The IAED is the public-safety dispatch industry’s leading certifying and standard-setting body, with over 30,000 members in 20 countries.